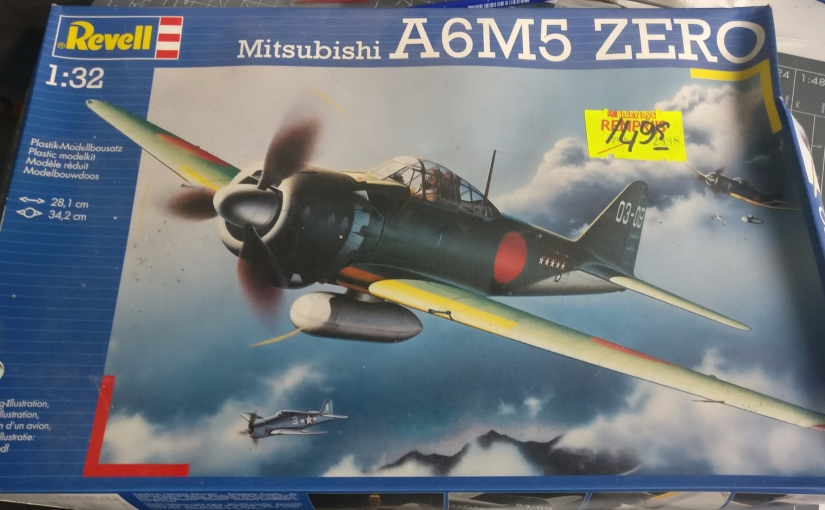 If I don’t forget about it next week, I’d like to use the Friday night for some reflection time about my modelling and the things surrounding it.

First things first. As I start to get towards the final stages of this build and I enter unknown terrain, the old fear of failure is creeping in again. I have had already had a bad experience with trying something new, but I actually feel that failure has taken the pressure off for a little while. I guess I for a few days felt it couldn’t get any worse.

I am reasonably happy with the job I did on the camouflage, even though the mottling isn’t perfect. Today I did a thin over-spray with light blue of the mottling.

I also resprayed the underside and the engine cowlings where I took the staubgrau a bit too low initially.

I think it’s time to get back to my little list I made a few blogs back:

On one hand I know this is just my second build and it takes practice to get to a higher level, but I hope to make the best of this thing of course!

I am not very far with this build. I did the first main gear bays last week, and had some trouble getting the gears on straight. Because I had the feeling this had something to do with my less than thorough approach to this build I temporarily put it on hold until the Focke-Wulf is done and I will make this my primary build when I’ve reached that point. It might be better for me to just focus on one build at a time, but if I really get bored I still have this to pick up.

I will probably give all my attention to this build when the FW is done, but I’d still like to preview the kit I am already planning on building next.

A few weeks ago my dad gifted me a couple of kits, and the idea of building the ‘Zero’ has grown in my mind.

The reason for that..

At first I thought: this is too simple, this won’t give me the challenge I need. But while I was compiling the rest of the booty this thing stuck to the back of my mind.

So in the end I decided to take this home with me. It wasn’t complete, but my brother has made the exact same kit and he had the missing part laying around from his own build of the kit:

There is more shopping to be done though:

I will need to get some new decals, and I hope I can find an upgrade set somewhere while I am at it. Maybe I can also see if there is some other stuff to make this build more interesting? I’ve seen some of those custom seat buckles around, or maybe I can even make them myself? It would be a step up from what I am doing normally but scared as I am, I still like to always improve myself!

That’s the little summary for this week! Maybe I’ll do something like this again next week but until that time I will surely continue updates on the FW-190.

Groetjes, and have a good weekend!